What is the Purpose of Clothing? 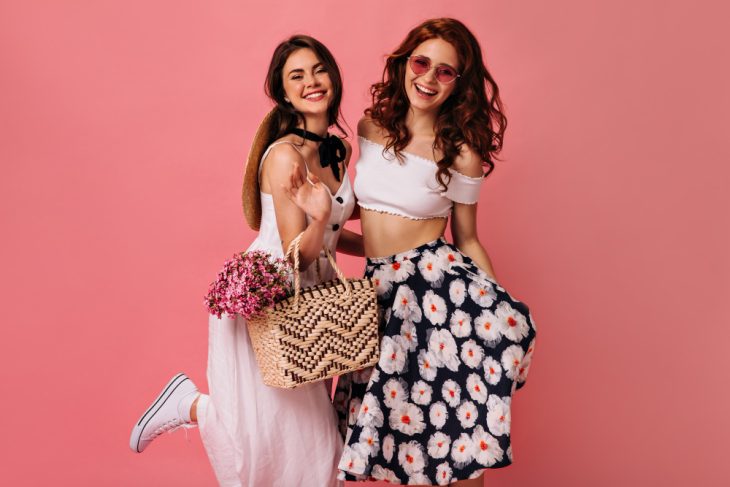 Purpose of clothing is to cover up your body and keep you warm. It does this by trapping air in the tiny crevices between threads, which makes a layer of air around your body. This layer of warm air insulates you from the cold.

Clothing, in the most basic terms, is meant to protect the person wearing it from the elements.

However, its use has evolved through the centuries to reflect the wearer’s rank and financial status, cultural identity, and artistic expression.

Throughout time, clothing has been made from a variety of materials, including leather, plants, animal hair, and bone.

However, today wool, cotton, and synthetic fibres are the most common materials used to make clothing.

“Why do you think we put on clothes?”

History of clothing in the world

Man’s quest for fashionable clothing dates back to ancient times.

Men of the Bronze Age wore tunics, loincloths, and kilts.

Ancient Greeks wore robes that were tied at the waist with a belt. In Medieval Europe, both men and women wore tunics, dresses, and leggings.

During the Renaissance period, men wore hose, doublets, and tunics, and both men and women wore feathered hats.

A variety of cultures have different styles of clothing. In the past, people would wear the style that was popular in their society.

However, today, people wear the style that they want and like. Clothing styles go through phases of what is fashionable.

For example, when Western culture first became popular, people would wear Western clothing. Now, there are different cultures and styles.

Importance of clothing in our society

Importance of clothing in society can be judged by the fact that in previous times, rulers, rulers and others were keen to make sure their clothes were of the best quality.

There were many people who had to work hard so that the ruler could look good.

People who were rich used to wear the clothes made of expensive materials such as silk, satin, velvet and even gold and silver.

In the past, people have worn clothes for a number of reasons.

Back in the early days of humanity, people wore clothes because it helped them survive! For example, in cold climates, they wore furs and skins to keep warm.

In hot climates, they wore lightweight clothing to protect them from the sun and other harsh conditions.

For example, the Islamic religion requires that men wear a certain type of clothing, and women wear another. And, in the past, people wore more clothes than they do now.

In cold climates, women and men alike wore multiple layers. Today, as a result of fashion, it

Why we wear cloths

Most of us slip on clothes every morning without giving it much thought.

But why do we wear clothes in the first place?

Surprisingly, it’s not just for the sake of modesty. The reasons we wear clothes and the garments we wear have changed over time and will probably continue to evolve.

What were once simply functional items are now symbols of our social and cultural status. When you look at the evolution of clothing, one of the major shifts in cultural attitude is the current trend towards nudity.

Most of the time, clothing is an afterthought. We don’t think about it much unless we’re getting dressed in the morning or deciding what to wear to a special occasion.

However, while clothing might seem like a superficial part of our lives, it has a much deeper significance.

Clothing is a mechanism for cultural expression, a physical manifestation of our desire for comfort, and an outlet for our creativity.

Plus, it’s what we normally wear when we go out for a special occasion!

Clothing comes in and out of fashion every season, but eventually it is phased out of vogue for good.

However, some clothing items are able to transcend the trends and become a classic. In fact, you may not even realize you are wearing something that is considered a classic, but it probably is.

The bomber jacket is one such item. The bomber was originally created for military pilots, but the design eventually trickled down to civilians, and it is still a fashion favourite today.

Clothing is a basic human necessity.  It protects us from the elements, keeps us warm and makes us look cool when paired with the right accessory.

But lately, clothing has been more about how you look than how you feel.

Certain designers have been pushing the limit, creating clothes that are not only uncomfortable, but awkward and sometimes even dangerous.

How can the fashion industry be teaching people to be so shallow?

Clothing fashion in 2023 and beyond

Well, that’s exactly what I’m going to tell you. First of all, in 2021, it’s going to be a lot warmer than in 2016.  Consequently, we will be wearing thinner clothing.  But we will also wear more clothing than in 2016.

Ever since the 2020s, clothing has gotten more and more voluminous. In 2021, we’ll be wearing flowing pants and shirts that fall to the ankles, and capes and robes that keep our whole bodies covered.

I have been interested in clothing and fashion since I was a small girl. Even then, I always wanted to be a fashion designer and every time I would see someone wearing a really cool outfit, I would ask Mom to take me to the mall and buy me that outfit.

Since I was little, I was always sketching out my ideas of what I thought would be the coolest styles for the year 2026.

Now that I am a grown woman, I still have the same passion that I had as a small girl.  Creativity is in my blood.  Since I was a little