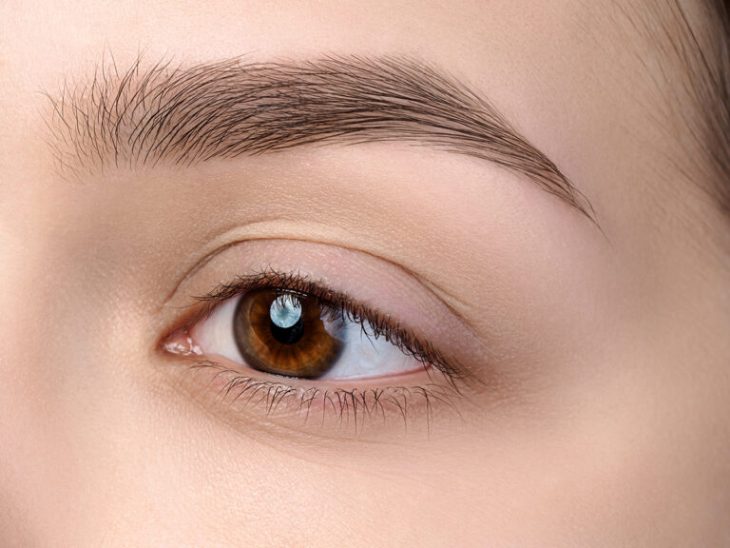 People often notice your eyes first when they look at you. Several types of research have shown that men and women value the eyes of a potential partner more than other facial features. Your eyes act as the windows to your soul and can draw people in. The effects of aging can impact the youthfulness of your eyes. So, what makes eyelids attractive then? We can list a variety of factors that make one’s eyes beautiful.

We also have some set patterns for the perfection of a beautiful face. Double eyelids are one such beauty standard. Big, round creased eyes are considered a benchmark of beauty, and people are judged on these standards of looks.

We know that not everyone has double eyelids. Mostly the people in East Asia have monolid eyes, meaning that their eyelid shape is devoid of a natural crease.

Defining monolids and double eyelids would help you understand the difference between the two:

What are Monolid Eyes?

The word “monolid” refers to an eyelid form that lacks a crease that divides it into two sections.

The eyelid lies smooth against the brow bone in a monolid eye and has no obvious folds or creases.

Monolids eyes are common, particularly among East Asian descent, such as Koreans, Japanese, and Chinese.

What are Double Eyelids Eyes?

The specific crease or fold of skin where the eye meets the eye socket is apparent with double eyelids. This crease divides the eyelid into two sections, thus the term “double lid.”

Organizations utilize double eyelid procedures for a variety of reasons. It might be a desire to fit in and be accepted by society for some, or it could be a desire to find better professions or work in the entertainment industry for others. Deciding to have a double eyelid treatment for any reason is a personal decision.

It doesn’t make you look pathetic if you want to have double eyelids or retain monolids. Monolid eyes are extremely stunning in their own right. However, most people are motivated to improve their appearance and hence choose double eyelid surgery.

You don’t need to go to surgery to obtain double eyelids; there are many other solutions.

How to Transform Monolids to Double Eyelids?

Some monolids prefer to change their appearance by making their eyelids appear double. Surgery, cosmetics, or tape can all be used to achieve this.

The Blepharoplasty technique is more prevalent in Asian countries due to a higher occurrence of monolids. It is costly, and finding doctors willing to conduct this treatment in non-Asian countries might be challenging. Many celebrities of Asian origin have been chosen for double eyelid surgery, which has gained attention among the general public. Let us explain these tactics in detail:

Blepharoplasty is a surgery that permanently transforms monolid eyes into double eyelids. The surgeon makes a crease in the lid during the operation and removes any redundant skin to ensure that the crease remains in place when the stitches heal.

Blepharoplasty is sometimes combined with ptosis surgery, strengthening and opening the eyelid muscles.

Designing an Eyelid Crease with Makeup/Adhesives

When you’re unsure if you want double eyelids permanently, you can achieve them using cosmetics or glue.

Makeup tips for changing eye shapes are easily accessible in various makeup tutorials. Some cosmetic tutorials focus on enhancing Asian eyes, while others demonstrate how to create a visible crease without undergoing eyelid surgery.

To mimic the appearance of a crease in the eyelid or to enhance a minor crease, use eyeliners and eyeshadows. Brighter cosmetic colors emphasize the eyes, making them appear bigger, more open, and deeper.

Mascara and artificial lashes to enhance your natural lashes may also change the shape of your eyes without becoming permanent. Eyes seem bigger and deeper when the top and lower lash lines are enhanced. Additionally, whether you have double lids or monolids, applying eye makeup to accentuate the inner corner or brow bone brightens your eyes.

Glues and tapes can also be used to create the appearance of a double eyelid. The adhesives make the lid look wider and deeper because they create an artificial crease.

Adhesives can be uncomfortable, and some people can’t use them because they bother their sensitive eyelid skin. Tapes and glues can make it harder to blink and reduce tear production, causing the eye to become even more irritated.

When you have concerns about the appearance of your eyes or eyelids, the first step is to schedule a full eye checkup with an eye doctor. Your doctor can send you to an eye doctor specializing in monolid and other eyelid surgery if you’re a suitable candidate for cosmetic eyelid surgery.

No. It is the most common type of eyelid for those who are not of Asian origin, and around half of Asians have a double upper eyelid.

Most of them have monolids. Whereas Indians have double eyelids, it’s hard to find an Indian with monolids except for people from northeastern states.